Inicio
Blog
I tried 10 ways to make frozen fries better, and there are 9 hacks I'd absolutely do again 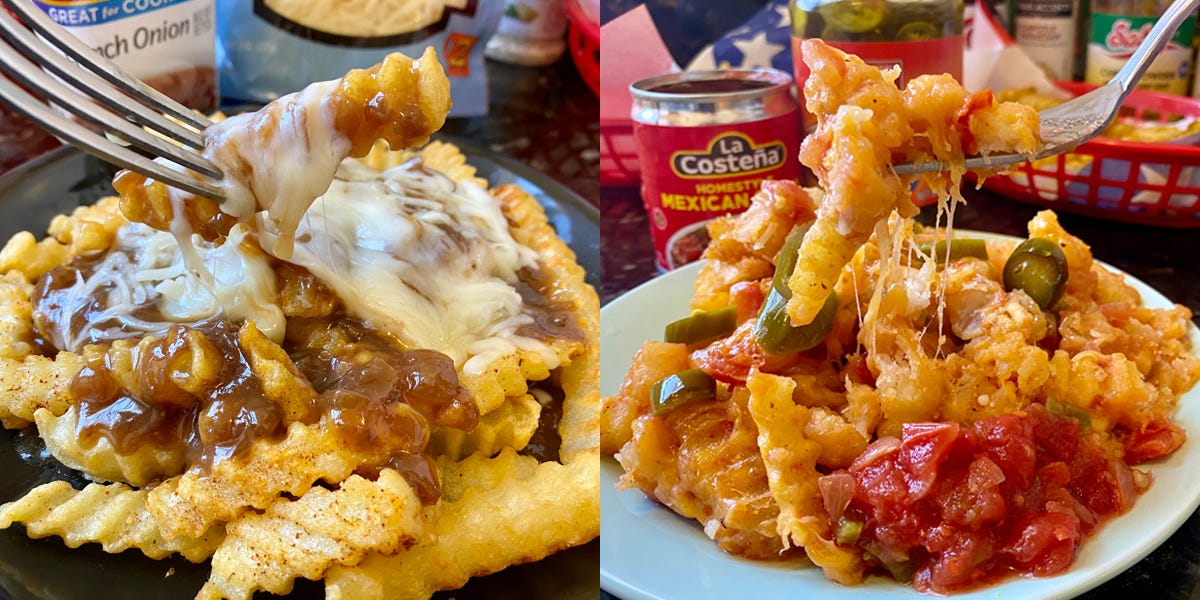 I tried 10 ways to make frozen fries better, and there are 9 hacks I’d absolutely do again

Frozen fries may seem like a last resort when it comes to mealtime, but cooking them the right way and loading them with toppings can transform them into a full-blown dinner or killer side dish.

To see which upgrades are best, I tried out chef-approved hacks for making frozen fries better.

Read on to see how each hack turned out and which ones I’d totally do again.

Right off the bat, I knew I had to choose my frozen fries wisely

For all of the hacks, I wanted to use the same base. I opted for Ore-Ida’s golden crinkles, which had a crunchy exterior with a creamy interior.

I knew crinkle texture would make it easier for the salt and seasoning to stick into the ridges. Plus the wider cut was the perfect thickness to support heartier sauces and toppings.

Unless a cooking method was specified, I baked the fries in the oven for about 30 to 35 minutes on a sheet of parchment paper so they wouldn’t stick to the pan.

I had a few cooking hacks to try, including placing the fries on a wire rack

RJ Harvey, a professional chef who is the culinary director at Potatoes USA, previously told Insider that baking frozen fries on an oven rack gives you the best chance for evenly cooked potatoes, thanks to the circulated airflow.

I’d never made fries on an open rack before, but I found that baking them like this allowed for a more even flow of air around the fries as opposed to when I spread them out on a pan.

They definitely had more of a crunch when I bit into them and a nice golden-brown color all around. I would do this again.

One chef suggested using an air fryer, which worked well but I wasn’t able to cook many at once

Lauren Koeppe, a private chef who founded Create Hospitality, suggested using an air fryer to cook fries at 400 degrees Fahrenheit for 12 to 14 minutes, tossing them around halfway through so they heat evenly.

My air fryer only goes to 390 degrees Fahrenheit, so I cooked my fries for about 15 minutes and tossed them after about seven.

The fries came out crunchy with crispy edges. This was the easiest method to cook them with since I didn’t have to deal with foil or worrying about sticking.

I couldn’t fit too many in my fryer, so if I wanted to make a bunch for a party this wouldn’t be my go-to method. But for an individual serving it worked great — I would just make sure to preheat my air fryer in advance.

According to Koeppe, salting fries right after you take them out of the oven helps you get the best flavor.

For this trick, I decided to use finely milled salt, since its small grains are said to help it better adhere to fries.

Immediately after cooking the fries, I tossed them with this salt in a bowl to give them a good coating. Although I normally use kosher salt when cooking, the tinier grains adhered to the hot fries much better.

I found that salting these when they were still hot and oily allowed the salt to stick better to the greasy surface of the fry, especially within the ridges.

I would do this again, especially since the salt doesn’t stick nearly as well when the fries are room temperature.

Koeppe previously told Insider that you can «add a bit of gourmet flair to your fries by sprinkling them with some garlic powder, fresh rosemary, seasoned salt, or fresh virgin-olive [oil] or truffle oil.»

I didn’t have any truffle oil on hand, but with a bit of olive oil and seasoning, I made my fries crispy vehicles for flavors I already love.

First, I tossed these fries with garlic salt for an easy version of garlic fries and it was delicious.

I think if you wanted to get even fancier, you could mince fresh garlic with a little bit of olive oil and coat the fries before cooking them in the oven.

I also tried a few other seasoning mixes, which worked well. I quickly learned that anything you like to season your food with will pretty much taste great on crunchy fries.

I also tried adding spice to my fries with my seasoning selection, and a dash of curry powder, chili powder, and salt made for a complex flavor combination on the crunchy, hot fries.

I think anyone who enjoys curry would like these spicy fries.

I also learned that even if the seasoning blend isn’t specifically meant for fries, it can still go well with potatoes.

I tried this chipotle-parmesan corn on the cob seasoning and it was absolutely tasty. The zesty, cheesy flavors made these fries really stand out, and I look forward to adding different seasonings and spices to my frozen fries in the future.

Chef Jose Mendoza of the Great Oak Steakhouse in California told Insider that smothering your fries with extra toppings could quickly transform them from side dish to entrée.

Mendoza recommended ladling cooked fries with «French-onion-soup gravy» and topping them with Gruyere and mozzarella cheese. I’m a big fan of French onion soup so I was excited to follow Mendoza’s suggestion.

Since I couldn’t find that gravy at the store, I took a can of French onion soup, brought it to a boil, and thickened it with a mixture of 1 tablespoon cornstarch and a little bit of water for each cup of soup I used.

Once the soup boiled long enough to take on a gravy-like consistency, I ladled it onto my fries and topped the whole thing with mozzarella cheese. I also popped it in the microwave to further melt the cheese.

The final dish was absolutely indulgent and excellent comfort food. The cheesiness went together perfectly with the soup gravy and crunchy fries.

It definitely wasn’t the healthiest meal, but it was filling and perfect for the chilly weather. This took a little extra time to prepare but it was worth it, and I’ll definitely be making this one again.

A can of chili made for another solid topping, turning simple fries into a meal

I topped some of my crispy fries with a can of chili and then melted cheese on it, which made for the perfect meal.

I loved how the beans, meat, and savory flavors of the chili paired with crunchy fries.

You really can’t go wrong with chili and cheese on fries.

I especially loved the bites that were loaded with gooey cheese. This is an excellent cheap dinner idea since I only needed a can of chili, cheese, and frozen fries.

I also think this is a good alternative to the French-onion-soup topping if you’re craving some meat and a little bit less effort.

I took this hack a step further and made a Sloppy Joe-style sauce, too

I took cooked chunks of stew meat and heated it up with a can of Sloppy Joe sauce, which resulted in a tangy, savory topping for my bed of fries.

Meat, sauce, and fries — again, this was a killer combination of textures and flavors and was incredibly simple to prepare.

I would make this again, but out of the three loaded fries I prepared, this required the most work since I cooked the meat from scratch.

Next, I tried chef Mendoza’s idea for turning loaded fries into a killer breakfast dish

According to Mendoza, you can turn frozen fries into the perfect breakfast side or topping with just a few ingredients.

Since I had salsa and jalapenos on hand, I decided to go for a Mexican-inspired breakfast dish. In a pan, I fried, cut, and cooked the fries as Mendoza had instructed.

Then, I fried the potato chunks with some salsa and loaded it with shredded cheese.

In the pan, I sprinkled my fries mixture with some fajita seasoning and gave it a nice sauté so that everything was mixed together and cheesy.

After I transferred my fries to a plate, I topped it with jalapenos and more salsa.

This breakfast dish was awesome and would’ve only been better if I had some warmed tortillas and a side of scrambled eggs to eat with it. I would totally make it again.

Acidic ingredients are said to bring out the flavor of fries, so I tried using some hot sauce and pickles

Harvey said it’s important not to drench the fries with sauce or they’ll get soggy, so I made sure to lightly spritz them.

The hot sauce added a subtle, pleasant kick to the fries. I also tried eating fries with pickles, per the chef’s suggestion.

The crunchiness and acidity of the pickles in combination with the salty potato canvas of the fries was delightful. The combo almost tasted like dill potato chips.

I would definitely pair my fries with hot sauce or pickles again.

One chef suggested beer-battering fries to make them crunchier

Chef Mendoza also previously told Insider that you can beer-batter fries to make them crunchier.

He said that lightly coating the fries in batter with a little Cajun seasoning can add «more crunch to your fries along with a light, spicy note from the seasoning.»

I created an easy batter by combining a cup of all-purpose flour with an egg, a cup of beer, and Cajun seasoning.

After lightly coating the fries in batter, I fried them on the stovetop until they were crispy. I finished them off with a sprinkle of salt, and they were just as crispy as the chef said they’d be.

The double-fried texture and flavorful batter were worth the trouble — but with the extra steps and ingredients, I don’t see myself making these again unless I’m really craving them.

Overall, my favorite hacks were the ones that turned fries into easy meals

French fries are good on their own and when topped with other tasty ingredients, especially cheese, they become even more delicious.

These chef-approved hacks were super easy, required no cooking skills, and are honestly felt foolproof. But above all, these tips made me want to get creative with my toppings — and I learned that loaded fries can make for easy, cheap, and satisfying weeknight dinners.

But out of all of the methods and dishes I tried, I think I’m most likely to whip up the chili cheese fries, French onion fries, and the Mexican-style breakfast fries next time I’m craving comfort food.

I tried making Guy Fieri’s signature recipes for a week, and I didn’t love my whole trip to Flavortown

I made French toast using 3 celebrity chefs’ signature recipes, and the best one cost over $40 to make 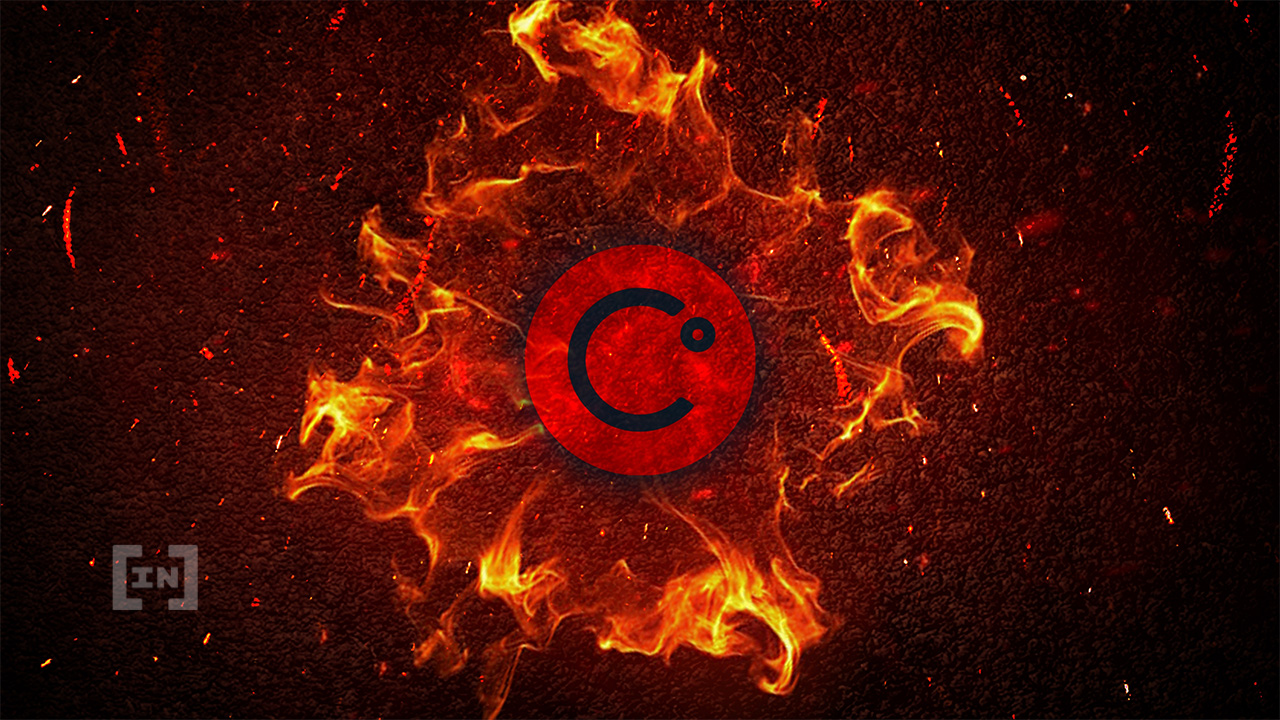 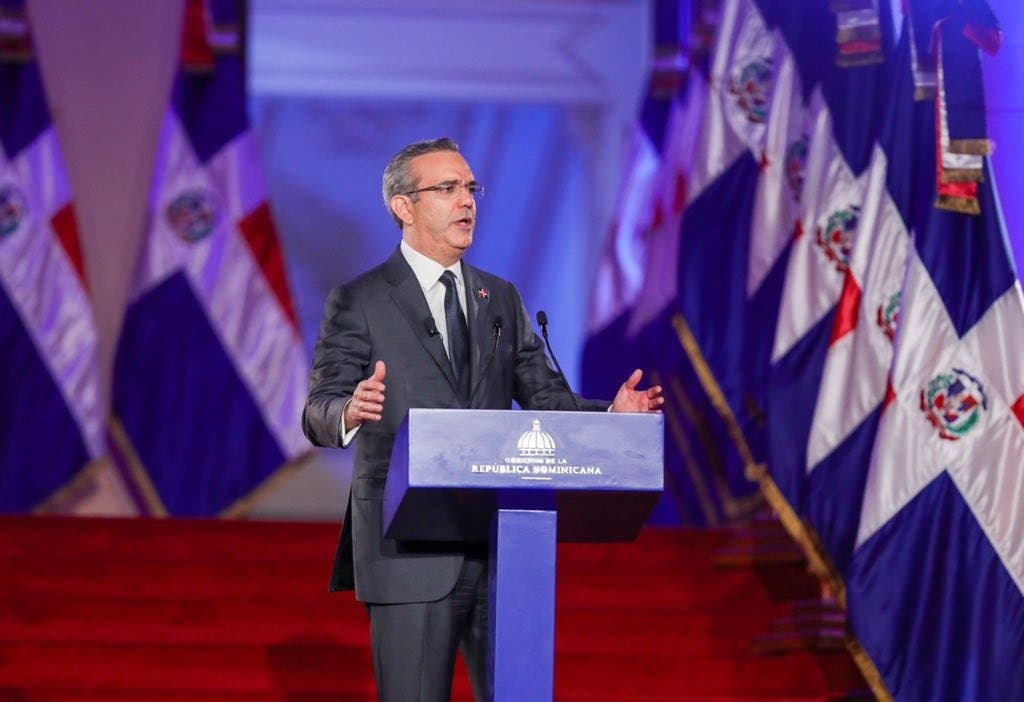