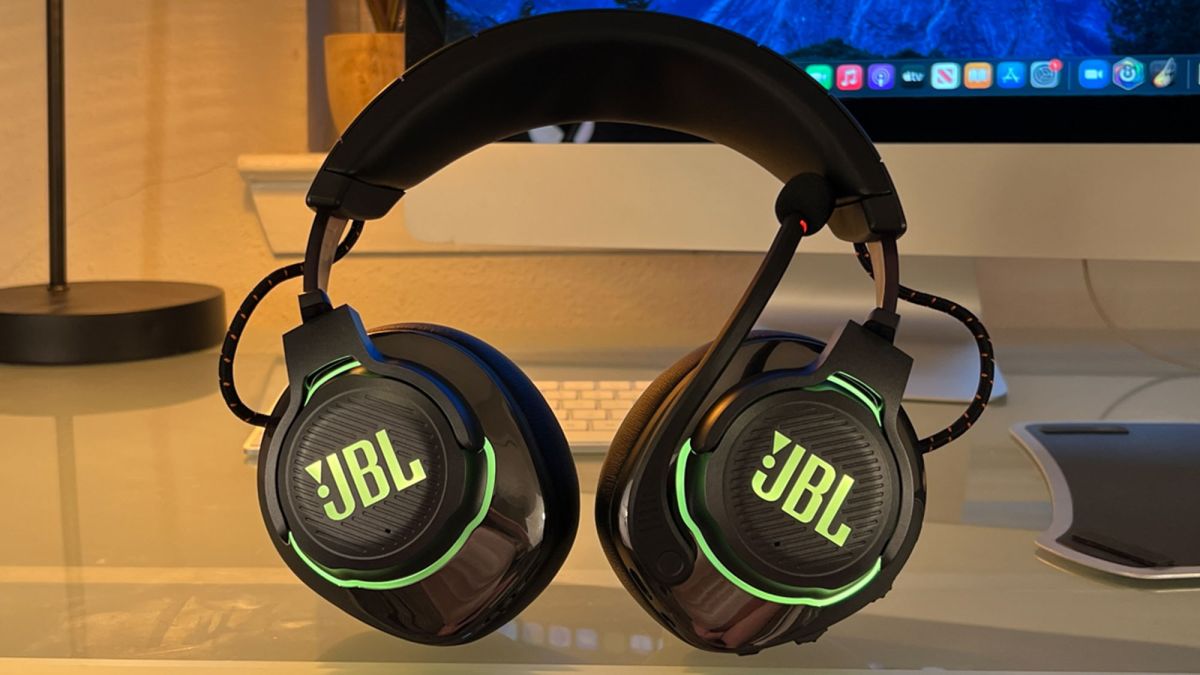 The JBL Quantum 810 Wireless is an outstanding headset for PC gamers who want high-quality audio and are willing to pay for it.

It’s packed with features and performs incredibly well, and any PC users looking for one of the best PC gaming headsets in terms of audio fidelity and microphone quality should give the Quantum 810 Wireless serious consideration.

The construction of the Quantum 810 is impressive. It sports impact-resistant, non-metallic (dare I say, plastic?) construction, memory-foam padding, and leatherette encasement. The boom microphone doesn’t detach, but it’s easily moved up and out of the way when not in use. Note, too, that moving the microphone to the “up” position also mutes the microphone.

The mic is unidirectional (cardioid polar pattern) and incorporates JBL’s active noise canceling technology to clean up the audio signal as much as possible. You need to download the JBL QuantumENGINE program to manipulate the microphone input gain, and while it would be nice to see a mic gain dial on the headset itself, headsets typically don’t offer this anyway.

The Quantum 810 features separate sound cards for the headphone output and the microphone signal, so this enables the user to have control over the levels of the two audio sources in their headphone mix. The Discord-certified adjustment wheel also allows you to choose the balance between the game audio and the chat audio. This delivers incredible control during late-night gaming sessions.

If there’s a gripe about the JBL Quantum 810 Wireless, it’s the lack of connection support for other devices. Xbox users, in particular, will be disappointed. Most of all, no device except a Windows PC can access the spatial/surround sound function of the Quantum 810, so if you’re not a PC user, then you might want to reconsider whether the JBL Quantum 810 is the right headset for you. If you’re a Windows PC user, however, you’ll be hard-pressed to find a better headset on the market at this price.

The JBL Quantum 810 Wireless offers terrific value, even if it is somewhat expensive. The three modes of connection support aren’t yet an industry standard, so it’s really nice to see the Quantum 810 Wireless include wireless, Bluetooth, and wired connectivity. Other headsets for the same price, such as the HyperX Cloud Alpha Wireless, offer only one connective option (2.4GHz wireless).

The JBL Quantum 810 does have its faults, but it still outperforms most headsets in its class. Battery life is good (when RGB lighting is turned off, at least), and the RGB lighting option is eye-catching. Audio reproduction is outstanding and the microphone sounds great, and in conjunction with the downloadable software, the JBL Quantum 810 Wireless even offers customizable EQ presets, microphone gain control, and spatial/surround sound options.

The device’s biggest issue is that these options aren’t always accessible, especially if you’re on a gaming console or on a Mac.

It should be noted that the ear pads feel a little warmer than the ear pads of other headsets, though. This could be a result of the denseness and breathability of the material used. In our tests, however, the density of the padding on the ear cups wasn’t a big issue, and neither did we experience any profuse sweating with the headset in place. In addition, the headset’s noise cancelling feature helped to keep environmental noise – such as parents, neighbors – down to a minimum.

The audible sound reproduction is driven by hi-res 50mm drivers that clearly project sound across the spectrum of human hearing. These effectively replicate 360 degrees of environmental audio (spatial/surround sound) when used in conjunction with the JBL QuantumENGINE software. Note that the surround sound options are for PC users only – anyone else (namely Apple, console, and mobile users) will have to settle for stereo audio.

There are numerous switches and dials to manipulate the controls of the Quantum 810 Wireless. The left ear cup presents the user with controls for game audio/chat audio balance, volume control, microphone mute/unmute, noise cancelation and talk-thru functions. You’ll also find the 3.5mm audio input as well as the USB-C input on the underside of the left ear cup. The right ear cup is home to the on/off power switch and the Bluetooth pairing button.

The Quantum 810 Wireless includes an adjustable boom microphone, which utilizes a unidirectional polar pattern (or cardioid polar pattern). The headset comes with its own “windshield foam” filter included, too. The boom mic automatically mutes when flipped into the “up” position and unmutes itself when pulled down. A red LED light embedded into the boom arm of the microphone signals muted or un-muted status, providing a clear, visual indication to the user over whether the microphone is active or not.

The RGB lighting is simple but gets attention nonetheless. You’ll need to access to QuantumENGINE software to manipulate the colors and effects, though – or you can simply turn it all off to preserve battery life.

The JBL Quantum 810 Wireless headset requires companion software to take advantage of its best features. The JBL QuantumENGINE software offers the ability to customize EQ settings to your liking; if you want to boost bass or cut highs and mids for any reason, you have the option to do so.

You can save profiles, too, in the form of your own custom EQ presets. While this is important for anyone who would use the Quantum 810 Wireless for their listening enjoyment, it’s even more important for those with a listening impairment(s). The option to create custom EQ settings in the software can allow certain users to tailor their own sound EQ profile for a better audible experience.

The wireless capabilities would also be a significant advantage for anyone with accessibility issues, as long as they were using a PC or Mac. As noted, there are limited connectivity options for gaming consoles (except for the Nintendo Switch). If you’re using the Quantum 810 Wireless with an Xbox, then only a wired connection is open to you. PlayStation devices can operate via a wired or 2.4GHz wireless connection. Obviously, this does create significant inconvenience for any users who would like to use other devices without having to be tethered to the console itself.

The JBL Quantum 810 Wireless headset delivers excellent audio reproduction through its hi-res 50mm audio drivers. JBL claims a frequency response of 20Hz to 40kHz – that’s twice the limit of human hearing. It should be noted that such extreme frequency responses replicate inaudible harmonics and overtones that may help to clarify and accurately reproduce audible audio for the listener.

While it may seem like a ceiling of 40kHz is unnecessary, it appears that companies are including this capability for clearer audio reproduction, which should be applauded. No matter what you’re using the Quantum 810 Wireless for, you’ll hear the media in outstanding detail.

The Quantum 810 Wireless’s microphone is also fantastic. Microphone gain is controlled via the QuantumENGINE program, and even in the Quantum’s highest microphone settings, there was very little distortion– if any at all.

The QuantumENGINE programs offer the ability to toggle “talk-thru”, which allows  environmental noise to filter through the Quantum 810 Wireless while it’s canceling. You can also toggle ANC on and off through the software, reducing the ambient noise in your audio so that you hear more clearly.

The Quantum 810’s connectivity options (2.4GHz wireless, Bluetooth 5.2 and the standard wired cable) will be disappointing for non-PC users. While the Xbox can deliver an audio connection through the wired cable, the Quantum 810 Wireless doesn’t connect to Xbox over wireless or Bluetooth. Similarly, the PS4 and PS5 can’t connect via Bluetooth.

In addition, the JBL QuantumENGINE software enables spatial/surround sound only on PC. The Xbox Series X|S and PS4/PS5 support surround sound; however, the JBL Quantum 810 Wireless doesn’t take advantage of their spatial audio capabilities. Apple users can use all three modes of connectivity, but can only achieve a stereo audio signal.

While the RGB lighting is a nice addition, unless you’re doing a video segment where you’re on camera, it doesn’t really add anything to the performance but drains the battery considerably, which we feel is a much more important consideration.

The headset’s battery life is stated as 43 hours without RGB lighting, which is an accurate reflection of what we achieved from a single charge. However, with RGB lighting turned on, the headset lasted only seven hours of continuous use. The time it took to charge from zero is roughly three hours. You can monitor the current charge level of the headset via the QuantumENGINE program, which displays the battery life remaining.

Should you buy a JBL Quantum 810 Wireless?

We pride ourselves on our independence and our rigorous review-testing process, offering up long-term attention to the products we review and making sure our reviews are updated and maintained – regardless of when a device was released, if you can still buy it, it’s on our radar.

Read more about how we test 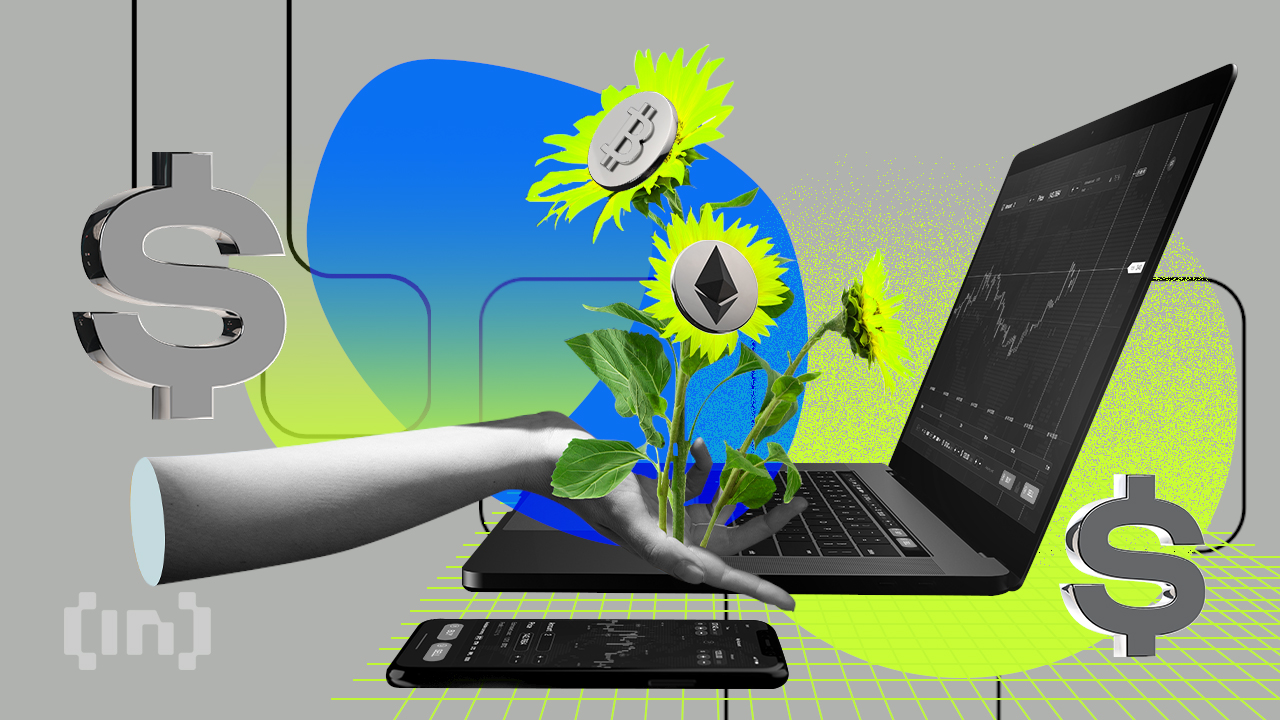 The creepiest urban legend from every state