Laal Singh Chaddha completely avoids commenting on the divisive forces pervading India today. Instead, it panders to those very forces in its representation of Muslims.

Robert Zemeckis’ Forrest Gump starring Tom Hanks as the eponymous lead deserves neither of the extreme ends of the polarised responses it has received since its 1994 release, neither the unblinking adulation nor the over-thinking, undiluted condemnation. It was brilliant in its format – the saga of a slow-witted man chatting with strangers on a bus-stop bench and recounting his life story parallel to world-altering events that he had witnessed up close or even participated in without realising their significance, unaware that he had sometimes personally influenced great artists or the course of national affairs through several tumultuous decades of American history.

Forrest’s blissful ignorance translated into many hilarious scenes and some that were poignant. The use of technology to insert him in real archival footage of historical personalities (President John F. Kennedy, John Lennon and others) was impressive even by today’s standards. And the lead star’s innate likeability has always been so hard to resist that it is tempting to forgive the film its simplistic, blinkered politics. But simplistic it was, implying as it did that as long as you do what is good and right, you will find good things (in this case, an epic career and prosperity) coming to you. The philosophy might perhaps sound logical from the place of social privilege that Forrest, a white American male, occupied, but it shut its eyes to the reality of most of humankind, especially communities denied equal opportunities and justice specifically because of white American male dominance. This is somewhat akin to the notion of karma and how a human being’s deeds influence their fate – and determine their position within the oppressive caste system – in the cycle of birth, death and rebirth.

Forrest Gump was also self-contradictory, on the one hand attributing Forrest’s successes to his limited intellect and unquestioning nature that spurred him to obey directives to the T, yet in some of its best episodes appearing to mock those who blindly go where they are led.

Laal Singh Chaddha, director Advait Chandan’s Hindi remake of Forrest Gump based on an adapted screenplay by Atul Kulkarni, replicates the original’s narrative structure, and in its plot, does some things better but some things mindlessly worse.

Forrest was slow, so is Laal Singh Chaddha. Forrest’s listeners on a public bench are replaced here by fellow passengers on a train to whom Laal narrates his biography. Forrest’s mother’s axiom that “life is like a box of chocolates” is substituted here by a more intelligently reasoned dictum about golgappas. (For the record, I never bought into Mrs Gump’s faulty chocolate metaphor – why would “you never know what you’re gonna get” unless you
bought a box of assorted chocolates? Ha, now crack that!) Forrest’s defining trait – his unflinching obedience to clearly spelt out instructions – was epitomised by his reaction to the command “Run, Forrest, run” first shouted out by his childhood friend Jenny while trying to save him from a dangerous situation. Here it is “Bhaag, Laal, bhaag”. Forrest fought in the Vietnam war, Laal in the Kargil war in a decade in which he had not understood the import of
L.K. Advani’s Rath Yatra, the Babri Masjid demolition, the Mumbai riots and bomb blasts, and the anti-Mandal agitation occurring in the background.

Since large sections of Laal Singh Chaddha are a scenario-for-scenario duplication of Forrest Gump, it may seem like the Hindi version is a literal cc rather than an adaptation, but it is not. The changes that actor-turned-writer Atul Kulkarni has made to Eric Roth’s script have yielded some of this film’s most promising, most striking and most disappointing portions.

For one, there is just a single scene in which Aamir/Laal is implanted in actual footage of actual famous people from recent history. Also, the number of fields in which the leading man becomes a renowned super-achiever have been cut down. These edits have the effect of giving Laal Singh Chaddha an even more ruminative air than its Hollywood forebear.

Of greater consequence is the fact that the writer has not refashioned Forrest as an upper-cast Hindu man, thus pre-empting the cast-and-karma linked criticism that would otherwise have been held against its «good things happen to good people» worldview. Instead, he draws Laal from an Indian religious minority that, in the boy’s childhood, was the target of the 1984 massacre. (It can be argued that ascribing the Sikh faith to Laal conforms to the long-running positive Bollywood stereotype of the guileless, golden-hearted Sikh, but at least, thankfully, the louder facets of that cliché – boisterousness, a tendency to yell Balle balle and dance the Bhangra in a heartbeat – have been left out.) Having made this clearly reasoned switch in the character’s identity though, for the rest of his life the script more or less sticks to Forrest Gump’s philosophy and largely non-committal nature.

By the time the curtain falls on Laal Singh Chaddha, India is well past the 2014 elections – we know that because we fleetingly see an image from Narendra Modi’s campaign that yearand because of a tragedy that strikes the protagonist in 2018. Yet, Laal Singh Chaddha plays it safe by completely avoiding comment on or even mention of the deeply troubling divisive forces pervading India today. Instead, it panders to those very forces with the comment it pointedly chooses to make in one of its most underlined passages involving Muslims.

In what seems like a bid to raise Laal Singh Chaddha’s diversity quotient, not only does the script make Laal a Sikh, his life-long love interest is a Christian (Rupa D’souza played by Kareena Kapoor Khan) and his close friend Bala is a Tamilian (Naga Chaitanya) – both notable considering that the Hindi film industry has mostly ignored the existence of both communities for decades – and two Muslim characters play a crucial part in the plot. This ends up being a well-meaning decision that is self-defeating to a considerable extent in its execution.

Bala is based on a prototype played in Forrest Gump by Mykelti Williamson, a black man obsessed with starting a shrimp business after leaving the Army. The character was uni- dimensional but his race was of essence within the sum total of Forrest’s experiences. One has to wonder why he was not written as a member of an equally oppressed Indian social group such as a Dalit or Adivasi in Laal Singh Chaddha. Making him southern Indian is a safer choice, and in keeping with Hindi cinema’s deliberate obliviousness to caste.

More unthinking is the Christian figure – Rupa D’souza makes herself sexually available to likely mentors in a bid to build an acting career. This is an extension of a pre-1990s Bollywood stereotype of Indian Christian women (vs the virginal Hindu heroines of that time). More déjà vu: Rupa becomes a gangster’s moll. Except this time, the gangster is not the Christian quasi-foreigner named Raaaaberrrt from a Bollywood of yore; he is Muslim.

The most damaging minority representation in Laal Singh Chaddha is of Muslims. There are two among the film’s primary and secondary players: Rupa’s physically abusive, criminal Indian boyfriend who shifts to Dubai and hobnobs with rich Arabs, and a soldier called Mohammed (Manav Vij) fighting opposite India during the Kargil war. You read that right – the two tick multiple checkboxes in India’s ongoing real-world Mission Let’s-Villainise- Muslims. (Spoilers ahead in this paragraph) The soldier is shown watching a fanatical Muslim preacher on TV and feeling extreme regret for considering India a “dushman desh” (enemy country). He wants to return home to cure people of their hatred. This is positioned as a heart-melting moment of amity in Laal Singh Chaddha, yet it plays into the hands of those spearheading the current project to otherise and demonise Muslims in Indian society and to conflate the community with Pakistani Muslims. At a time when Indian Muslims are as beleaguered as they are, it boggles the mind that Messrs Advait and Atul featured these two as the only Muslim characters in their supposedly feel-good film. (Spoiler alert ends)

This is what makes last week’s release, Darlings, and 2019’s Gully Boy so important. Both were set in a predominantly Muslim universe in which the nicest, worst and middling characters were all Muslims, and their Muslim identity was neither denied nor inexorably stressed. Both films were made with a lens that viewed Muslims as regular folk and no different from “people like us”. The contrast with Laal Singh Chaddha is glaring.

At one point, Laal likens religion to a vector spreading a communal virus. This is a brave stand for any Indian film to take, except that – wittingly or unwittingly – it ends up being a stand against Islam alone since it comes in the aforementioned conversation with Mohammed, and Laal soon backtracks on the larger issue of rejecting religion in general. Possibly lest Sikh conservatives be offended by his words, Laal Singh Chaddha does damage control with a protracted, reverential scene of the hero re-embracing his Sikh identity. Not so brave after all.

Ultimately, of course, Laal Singh Chaddha must stand on its own sans comparisons since it is being viewed in 2022 by a whole generation of viewers to whom Forrest Gump is not a cultural reference that evokes nostalgia. Like its source material, this film too has some moving and thought-provoking elements, but the makers’ instinct for self-preservation causes them to dilute its potentially most compelling arguments in addition to skipping inconvenient truths about present-day India that could have given it the spark it sorely lacks in its current form.

Laal Singh Chaddha goes one worse than the gender-prejudiced ageism in the casting of Forrest Gump. Tom Hanks is 10 years older than Robin Wright who played his girlfriend in the Hollywood film, and his mother was played by Sally Field who is just 10 years his senior. Not only is Aamir 16 years older than Kareena, he is, as per the Net, 17 years older than Mona Singh who plays Laal’s mother. Where do I begin…? Aamir’s performance as Laal is occasionally endearing, but largely over-done. Time and again he reduces Laal to a wide-eyed cartoonish figure and draws too much on aspects of his acting from 3 Idiots, PK and Secret Superstar (which was also directed by Advait Chandan).

Where Laal Singh Chaddha is a vast improvement on Forrest Gump is in the heft and agency it gives Rupa. Forrest’s Jenny was a flat cardboard cut-out who popped in and out of his life while bad things just happened to her. Rupa, however, is allowed the space to take matters into her own hands in a decisive way, thus making headlines in this film in the way that Forrest repeatedly did but Jenny did not. Kareena brings warmth and sensitivity to her performance. Laal’s interactions with her are among the film’s most touching scenes. This, in fact, is the primary differentiation between Forrest Gump and Laal Singh Chaddha. Forrest was driven mostly by his instinct to follow orders, Laal’s actions are led far more by his devotion to Rupa.

Ultimately, of course, Laal Singh Chaddha must stand on its own sans comparisons since it is being viewed in 2022 by a whole generation of viewers to whom Forrest Gump is not a cultural reference that evokes nostalgia. Like its multiple-Oscar-winning source material, this film too has some moving and thought-provoking elements plus a sense of humour. The makers’ self-preservation instincts, however, cause them to dilute its potentially most compelling arguments and skip inconvenient truths about present-day India that could have given Laal Singh Chaddha the spark it sorely lacks in its current form.

Laal Singh Chaddha is in theatres

Anna M.M. Vetticad is an award-winning journalist and author of The Adventures of an Intrepid Film Critic. She specialises in the intersection of cinema with feminist and other socio-political concerns. Twitter: @annavetticad, Instagram: @annammvetticad, Facebook: AnnaMMVetticadOfficial 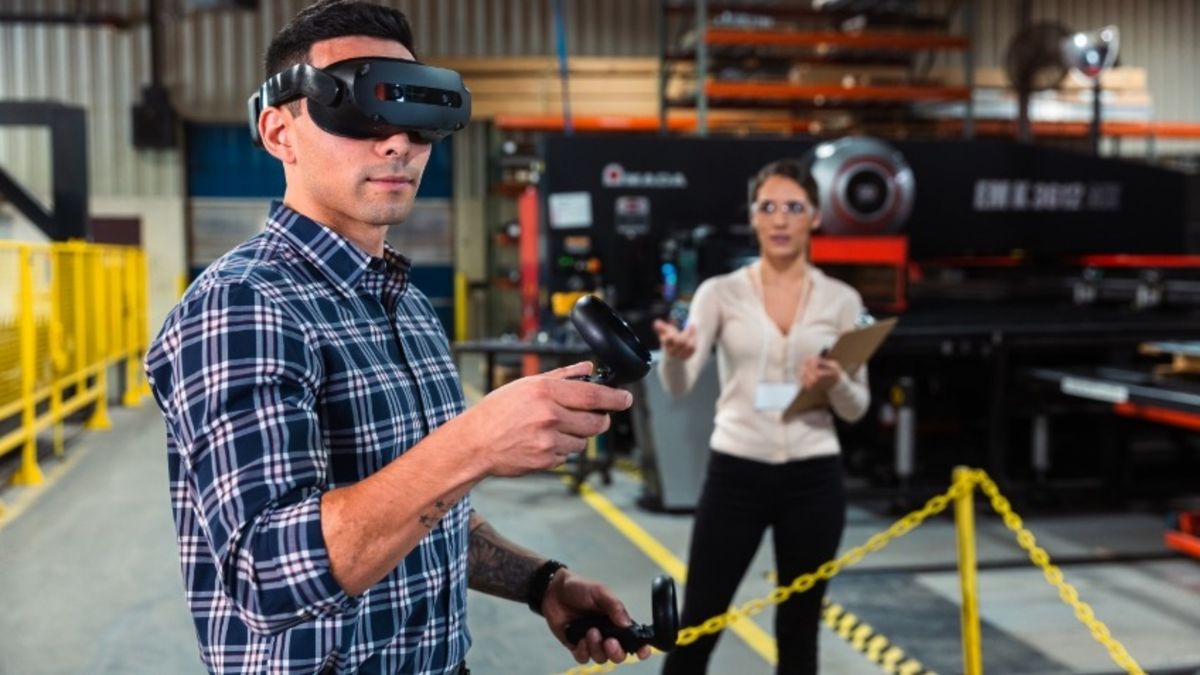 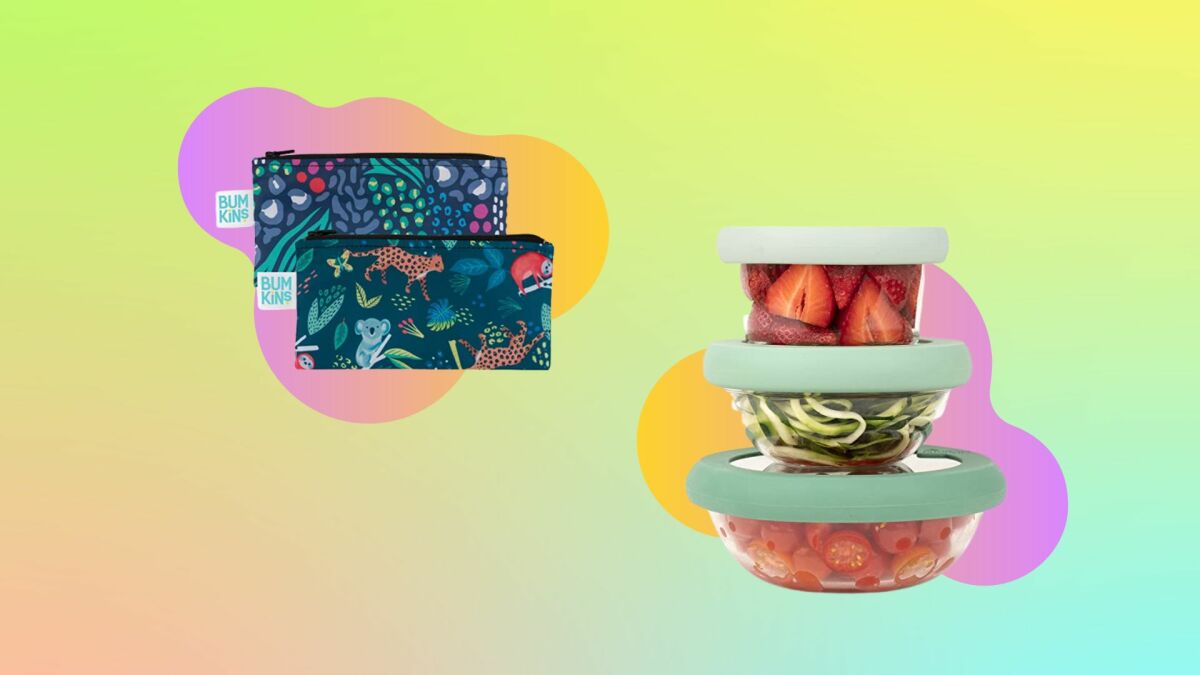