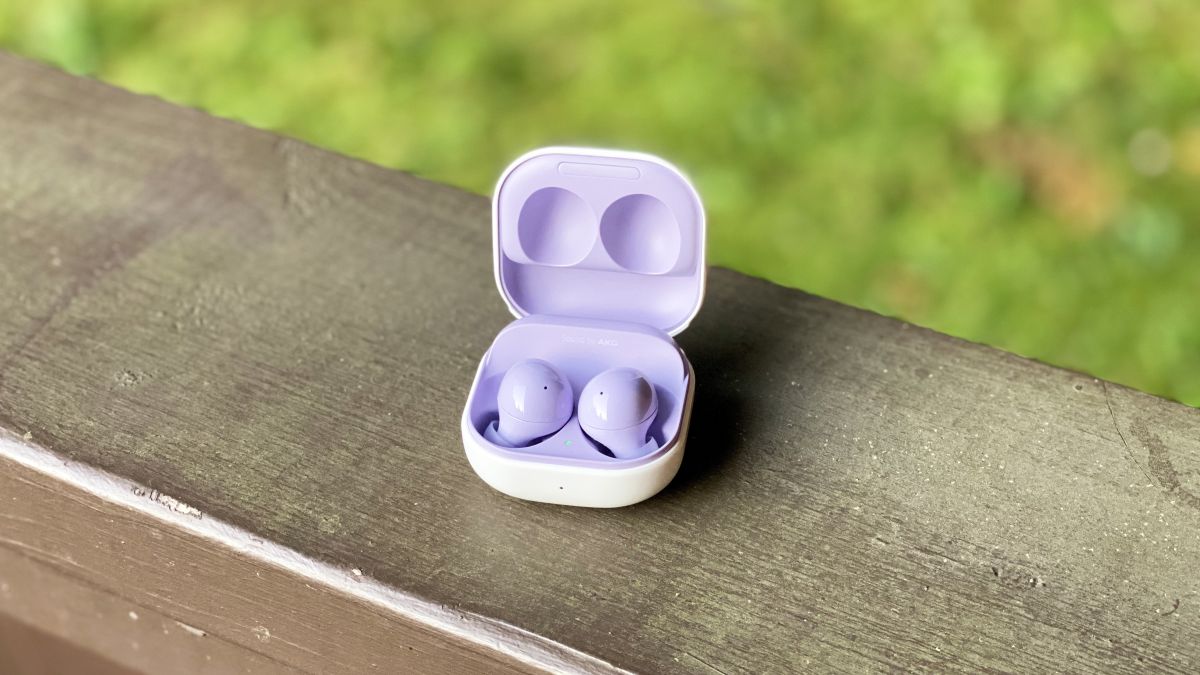 Samsung has a reputation for launching new true wireless earbuds in quick succession, and the Samsung Galaxy Buds 2 arrived on the scene in 2021.

As a follow-up to the original Galaxy Buds released in 2019, the Buds 2 offer many improvements, from sound quality and fit to active noise cancellation.

It’s these improvements that make them an easy recommendation for owners of the original Galaxy Buds looking to upgrade to a newer set of true wireless earbuds, and a competent competitor for the Apple AirPods. Especially for those with a Samsung phone. AirPods fare better with iPhones, but Samsung’s Galaxy Buds 2 work the best with Samsung-branded phones and tablets – although it’s worth mentioning they’re compatible with both iOS and Android.

While we really liked the two-driver design of the earbuds and their well-balanced soundstage, the Buds 2 do have some weak points. Noise cancellation isn’t class-leading, and the frequency range only really starts at around 80Hz, meaning you won’t hear (or feel) any of that thumping bass. There’s no always-listening assistant at launch, either.

None of the above points are deal-breakers by any means, but they do make the Samsung Galaxy Buds 2 a bit weaker in terms of audio and ANC performance than some of the other true wireless earbuds released at a similar time. Read our Sony WF-1000XM4 review and Beats Studio Buds review for two prime examples. Or take a look at our best wireless earbuds guide for more options.

Whether these are the earbuds for you will depend on which smartphone you use, the level of noise cancellation you feel like you need, and your preferred style of music – but we think everyone will appreciate the feature set, performance, and price, even if there are still a few better earbuds out there on the market right now.

Read on for our full Samsung Galaxy Buds 2 review.

However, it’s worth mentioning that because the Samsung Galaxy Buds 2 are a few years old, you might find them discounted. For example, at the time of writing Currys in the UK has reduced the price of the buds down to £79 (about $96/AUD$141.49).

For a pair of true wireless earbuds that are the same price, take a look at our Beats Studio Buds review. These Beats buds share many of the same features. We like them just as much as the Studio Buds, and found them even better than Apple’s most popular earbuds, the Apple AirPods.

According to Samsung, the new Galaxy Buds 2 are 15% smaller and 20% lighter than the Samsung Galaxy Buds Plus, and that makes them easier to wear for long periods of time. The downside of them being a bit smaller is that they’re a little harder to handle and can slip out of their case and your ears more easily.

Thankfully, because the Buds are magnetized to hook onto the metal charging pins in the case it won’t happen frequently, but we’d definitely advise being careful with them when pulling them out or putting them back in their case, lest they accidentally fall out and bounce somewhere where you can’t reach them.

One weak spot of the Galaxy Buds 2’s design is that they’re only IPX2 water-resistant, which means they’re only good for workouts that don’t involve a lot of sweating. You won’t be able to take them our in the rain or with you to the beach.

To control the Galaxy Buds you can use their built-in touch controls or your smartphone. They’re fairly intuitive (play / pause with one tap, skip forward with two taps and three to rewind), and a recent firmware update has improved the buds even further in this regard, adding the ability to double-tap the edge of the earbuds to turn the volume up or down.

Inside the box, you’ll find two extra silicone eartips and a USB-C charging cable for the Buds. The silicone tips aren’t necessarily more comfortable than some foam eartips you might’ve tried in the past, but they offer a decent seal that you can test with the Galaxy Wearable app on Android, and should be cheap to replace if you lose them.

So, what else has changed since the originals? The latest Galaxy Buds 2 have a dual-driver design that use a single mid-range driver and a separate tweeter for the upper registers – like the Galaxy Buds Pro. Both inside and outside the earbuds are microphones – three of them to be exact – that the Buds use to cancel noise and improve call quality.

Noise cancellation is turned on by holding either earbud’s touchpad. You can customize that function through the Galaxy Wearable app to something else – like summoning your virtual assistant – but we recommend keeping at least one of the controls set for noise cancellation. A recent firmware update has also added the ability to activate ANC even when you’re using just one earbud.

Speaking of assistants, we’re kind of disappointed that Samsung didn’t build an always-listening assistant into the Galaxy Buds 2, and it might mean that they’re less compelling for folks who don’t want to have to tap a button to summon their voice assistant.

Press the noise cancellation button again and you’ll switch to the ambient mode, which pipes outside audio into the Buds. That may sound like the exact opposite of what you’d want, but it’s surprisingly helpful if you want to have a conversation without taking out the Buds or when you’re listening for your flight number to be called. The aforementioned firmware update has added the ability to activate ambient mode during calls, too, so you can listen to things around you even when on the phone.

That said, the control settings aren’t the only things you can change inside the Galaxy Wearable app – you’ll also see options to change the EQ, as well as being able to see how much battery life the case and earbuds have left. That’s also where you’ll find the Earbud Fit Test and the Find My Buds option – though the latter does require you to sign in with a Samsung account.

The only disappointing part is the fact that many of these features are only available on the Android version of the app. The iOS version hasn’t been updated yet and that means customization is impossible until it receives an update.

To end on a high note, in terms of codec support you’ve got both the mainstay SBC and AAC codecs, but also Samsung’s proprietary Scalable Codec if you’re connected to a Samsung device. The latter enables noticeably improved audio quality over the basic SBC codec and makes the Buds a solid pick for Galaxy phone owners.

What we love most about their sound is that they have a wonderful  sound curve that amps up the bass, mids and highs, only missing out on the sub-bass (below 80hz) and the upper-most registers (11,000Hz and above), which can get a bit harsh at higher volumes.

Most of the time, however, what you’re treated to is surprisingly clear audio that has a decent uptick in the bass when listening to EDM and rap, and a crisp mid-range for rock and R&B. With good stereo separation, you can hear great sweeping effects in songs like Baba O’Riley by The Who, and while the soundstage isn’t absolutely massive, it’s much wider than we heard on the first-generation Galaxy Buds.

Despite those very, very minor quibbles though, these are great-sounding earbuds.

Where the Samsung Galaxy Buds 2 still have a lot of room for improvement is in their active noise cancellation. Look, we’re happy that it’s finally in the entry-level Galaxy Buds line, but it’s still lacking compared to market leaders, take a look at our Bose QuietComfort Earbuds 2 review for an example.

With music playing and ANC turned on, you probably won’t be able to hear someone talking to you in the same room, but you’d hear any loud noise coming from outside your home. Overall, they’re good enough for routine office work, but we wouldn’t recommend them for long flights or particularly busy job sites.

While ANC still has room to improve, Samsung has found some success upgrading the call quality on its earbuds. The Galaxy Buds 2 use machine learning to eliminate background noise during phone calls and friends we spoke with said we sounded noticeably clearer compared to using a regular smartphone for the call.

Although we had a few issues with crackling on our end, they still performed significantly better than other earbuds we’ve tested in the past, and should be good office companions if you make a lot of phone calls.

If you were to use them non-stop, the Samsung Galaxy Buds 2 should last you about five hours with active noise cancelling turned on, and a little longer if you turn that off. Inside the case are at least another three charges for a total of 20 hours with ANC on, or 29 hours if you leave it off.

Helping to optimize the battery life is the addition of a proximity sensor on the inside of the buds that will automatically pause the music when it senses that the earbuds are outside your ear canal. By pausing music automatically like that, you’ll save some juice and therefore won’t need to charge them as frequently.

Also new for this generation is support for wireless charging with a compatible Qi charger. That’s a nice perk if you’re using a phone with wireless charging and you already have a charging pad, but it’s not a deal-breaker if you need to use the regular ol’ USB-C port on the back of the case.

The only thing that’s missing here is fast-charging – though you’ll still get decent charging speeds. In our tests, we were able to reach a 12% charge in the case after 10 minutes on the charger, which would be over an hour of listening. That might not be the speed of other fast-charging earbuds that can reach a 25% or 50% charge in 15 minutes, but it’s not bad.

Should I buy the Samsung Galaxy Buds 2?

Don’t buy them if…

Not convinced by our Samsung Galaxy Buds 2 review? We’ve picked out three more pairs of true wireless earbuds you should also consider. 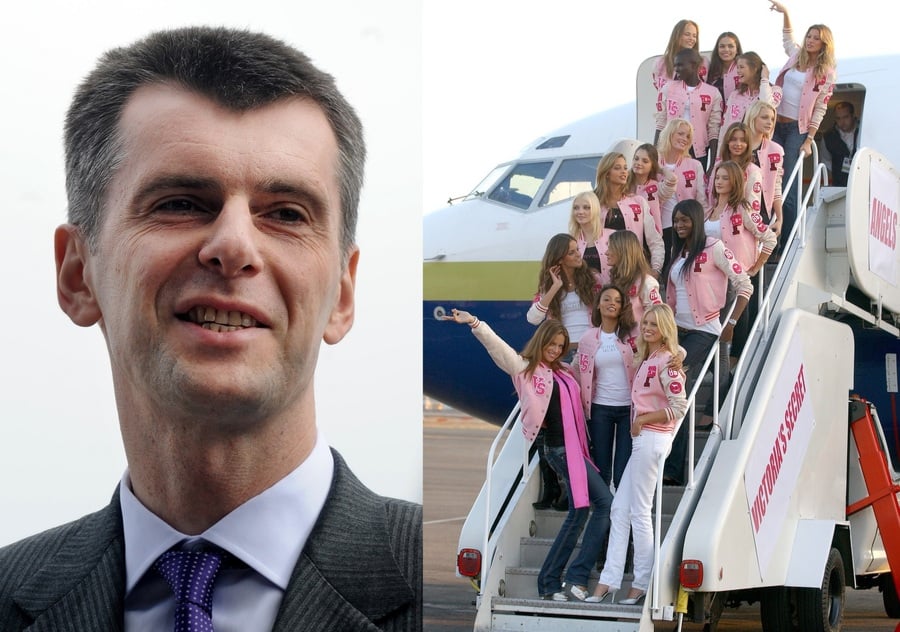