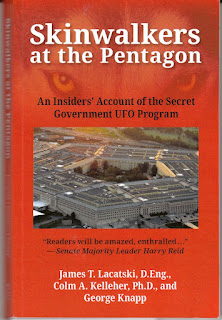 «Skinwalkers at the Pentagon» – a Book Review about Ghosts and Werewolves

Adm RD Virtual
0 Comentarios
Ovnis, Sin Categoria, UFO
This book came out last October, and I confess that for quite a while I paid little attention to it. ‘Oh great,’ I thought, ‘more loopy stories and fairy tales.’ (Which it does contain in abundance.) But after seeing a few excerpts from the book that had been posted, I realized that it was much more than that. After reading it, I realized that this book is by far the most important thing that has yet been written on the subject of AATIP, AAWSAP, and all aspects of the Pentagon UFO/UAP story. The authors are first-hand participants in the events, which they detail and document. James Lacatski administered the AAWSAP program for the Pentagon. I wrote about the reports and other data delivered by that program. Colm Kelleher was the contact person for the contract, working for Bigelow Aerospace Advanced Space Studies. George Knapp is a journalist who turns up absolutely anywhere there might be a good story about UFOs. And if you have been following the conventional AATIP story, this book pretty well upends everything you’ve previously heard on the subject.

The conventional Pentagon UFO story that everyone has heard from Luis Elizondo, Leslie Kean, Tom DeLonge and «To The Stars,» etc., goes something like this:

That is the Gospel of AATIP according to Elizondo (and many others). But as Lacatski, Kelleher, and Knapp show, practically none of that is true. And they give specifics about meetings, persons attending, communications, etc. supporting their account. The supposed history of AATIP we have been given has always been rather woozy and lacking details. In this book, however, you will find plenty of specifics. In this version, the history of the Pentagon UAP investigation goes something like this:

This is a very different picture than we have been shown before! There have long been hints of this side of AAWSAP, but because of there being so many conflicting accounts of the program(s), many people (including me) were inclined to dismiss them. Way back in May of 2018, KLAS in Las Vegas (where George Knapp works) published an anonymous «Statement from a Senior Manager of BAASS» (who very likely is Kelleher):

The investigations by BAASS provided new lines of evidence showing that the UFO phenomenon was a lot more than nuts and bolts machines that interacted with military aircraft. The phenomenon also involved a whole panoply of diverse activity that included bizarre creatures, poltergeist activity, invisible entities, orbs of light, animal and human injuries and much more. The exclusive focus on nuts and bolts machines could be considered myopic and unproductive in solving the larger mystery of UFOs.

Which is exactly what it says in Skinwalkers at the Pentagon. Apparently Knapp has been dropping bread crumbs for us to follow for quite some time.
What does the book say about AATIP? «AAWSAP was not AATIP» (p. xxiii). AAWSAP had an allocated budget of about $22 million. AATIP had a budget of zero. «AATIP involved a small group of people working on the UAP problem, with direct knowledge of their superiors, when their day jobs allowed them to.» (p. xxiii-xxiv. Although I seem to recall that Elizondo once said that his superiors did not know what he was doing with AATIP.). AATIP was also described as a «small unofficial effort» (p.27). Take that, Elizondo! And what does the book have to say about Elizondo? Very little. He is mentioned just a few times, in passing. About the only insight it gives us about Elizondo is,

As he enjoyed his steak tartare, Elizondo regaled those around him with some war stories, including one hair-raising exploit about how his advanced intuition and remote viewing [«psychic»] capabilities had saved his life and the life of his men while on a covert combat mission in Afghanistan (p. 49).

Oh my, so apparently Elizondo brags in private about his psychic powers? Strange that he has not mentioned this in public interviews. He obviously would prefer for this not to become public, so its inclusion suggests an agenda.
The «Broad Scope» of AAWSAP Research
The authors emphasize that

the decision to research paranormal phenomena that co-locate with UAPs and to examine psychic effects in UAP witnesses, in addition to scrutinizing the core UAP technology itself, was not taken lightly because of the controversial nature of the UAP-paranormal debate….[witnesses] frequently reported poltergeist effects, humanoid-shaped black shadows, loud footsteps, hauntings, discarnate voices, small flying orbs,or some combination thereof, in their homes. These people also regularly reported precognitive, clairvoyant, telepathic, or unusual electromagnetic phenomena, as well as occasional increases in meaningful coincidences in their lives in the aftermath of a UAP encounter (p. 161).

So with AAWSAP, we are getting not just reports of sightings, but a wide assortment of Things that go Bump in the Night. While some might see this as a bold new approach to UFOs, in fact it has been a part of the writings of UFO theorists like Jacques Vallee, John Keel, etc. for more than fifty years. There is nothing new here. (Vallee worked with AAWSAP on preparing its database.)
Is this a dagger which I see before me?
We read of a mysterious incident occurring to Lacatski on his very first visit to the Skinwalker ranch:

Abruptly, Lacatski was transfixed by something behind where Bigelow and the [caretaker] couple were chatting: an unearthly technological device had suddenly and silently appeared out of nowhere in the adjacent kitchen. It looked to be a complex semi-opaque, yellowish, tubular structure. Lacatski said nothing but stared at the object, which was hovering silently. He looked away, looked back, and there it still was. It remained visible to Lacatski for no more than 30 seconds before vanishing on the spot (p. 39-40).

Three other people were present, but did not see this. Lacatski later said that the object looked like the illustration on this album cover.
«Bringing Something Home – The Infectious Agent Model» (p. 80).
I wrote in 2018 that Dr. Eric Davis, one of Bigelow’s science contractors, claimed that a poltergeist followed him home from the Skinwalker Ranch. Now we read that «Most people who spent more than a day of Skinwalker Ranch brought «something» home with them from the property. The effect was almost universal, and universally unpleasant» (p. 80). What kind of incidents and sightings are we talking about?

Tied into the Skinwalker «mystery» somewhat peripherally is «the Geller effect», when in 1973 several scientists in California testing the Israeli spoonbender’s alleged magic powers were supposedly plagued in their homes with UFOs, orbs, and «black shadowy forms» (p. 88). The authors correctly note that physicist Dr. Hal Puthoff was a «central player» both in these tests of Geller, and also «as an AAWSAP BAASS consultant and contractor, in the Axelrod and other post Skinwalker Ranch incidents» (p. 89). Russell Targ and Hal Puthoff famously investigated Uri Geller back in the early 1970s, and were very impressed by him. Geller’s supposed psychic powers were shown by James Randi and other magicians to be bogus.

AAWSAP requested, but did not get, funding for a «remote viewing» program, but they conducted a «limited feasibility test.» They asked the noted remote viewer Joseph McMoneagle to view a target allegedly unknown to him, which was actually Skinwalker Ranch. His descriptions of it «were excellent» (p. 121). The authors do not mention that back in 1984, McMoneagle was working with the CIA, and attempted a remote viewing of Mars in the year 1 million B.C. He described a «pyramid» that was 20,000 meters tall, and structures with large rooms, built by «an ancient people trying to survive.»

We are informed in Chapter 8 that «Blue Orbs Are not Benign» (p. 70), Several accounts are given of humans allegedly being injured or sickened by encounters with nasty Blue Orbs that are said to fly about like angry wasps. When three dogs on the Skinwalker Ranch allegedly disappeared after being menaced by a blue orb, «The rancher» [Terry Sherman] came upon «three black greasy lumps,» and «presumed that his three dogs had been incinerated» (p. 76).

There is much more about the Spookernatural in Skinwalkers at the Pentagon, but this review is already long enough, and you get the picture. There is no actual evidence of paranormal phenomena presented, only reports. In several cases, we are told that photos or videos of the incredible phenomenon were taken, but somehow the phenomenon erased itself from the device(s). When I hear such an account, I say to myself, «this story is completely fabricated.» But the authors seem to believe such accounts.

Related to the above is is this very interesting Podcast by Steven Greenstreet of the New York Post. I seldom watch or listen to any podcasts, since I can read an author’s article in just a few minutes, while their podcast requires thirty minutes or more. But this one is worth watching. First he tells the AATIP story as it’s usually told (and I’m thinking «that isn’t right). Then he says that all of that is wrong, and presents the actual history, as documented in Skinwalkers at the Pentagon. Strictly speaking, the book does not discuss «werewolves,» but to apply that term to reports of a bipedal, wolf-like creature seems pretty appropriate. Likewise, the book does not discuss «ghosts,» but does discuss «discarnate voices.»

Greenstreet pays careful attention to inconsistencies and contradictions of the AATIP narrative, which few have noted. One very important point made by Greenstreet is where he quotes Leslie Kean, prime mover behind the highly influential Fake News stories about AATIP in the New York Times, explaining that she did not mention that ghosts, werewolves, etc. were being studied because «the angle I was taking in my reporting was to try to get credibility for the subject.» So she admits that she was writing not as a journalist, but as an advocate. The New York Times has yet to correct or retract any of the articles she wrote, which deliberately misrepresent the Pentagon’s UFO investigation program. 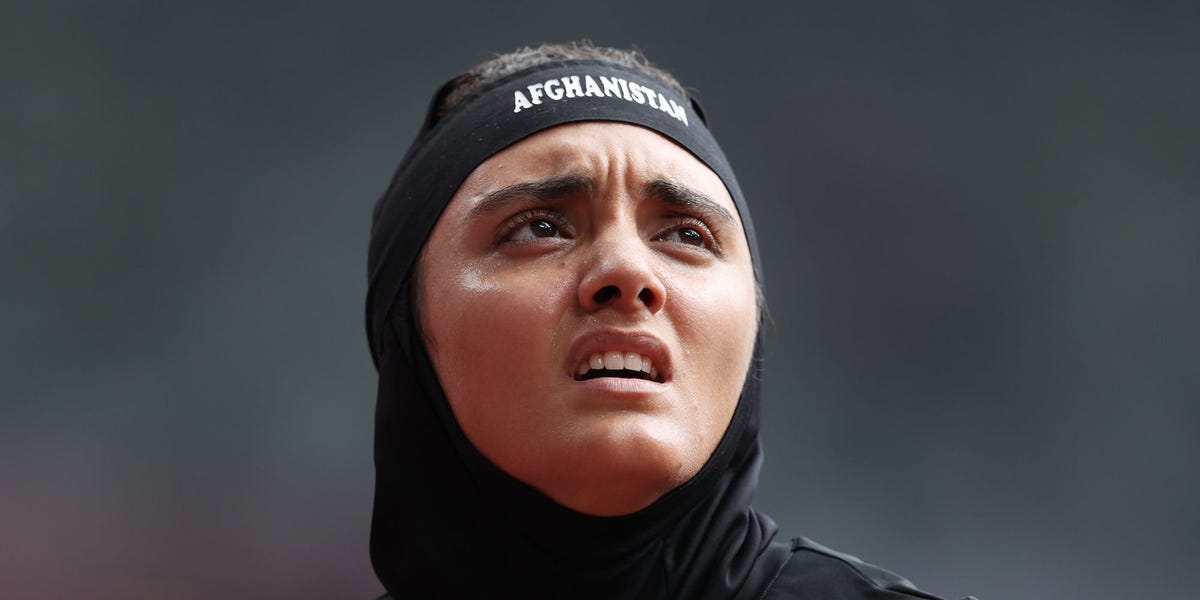 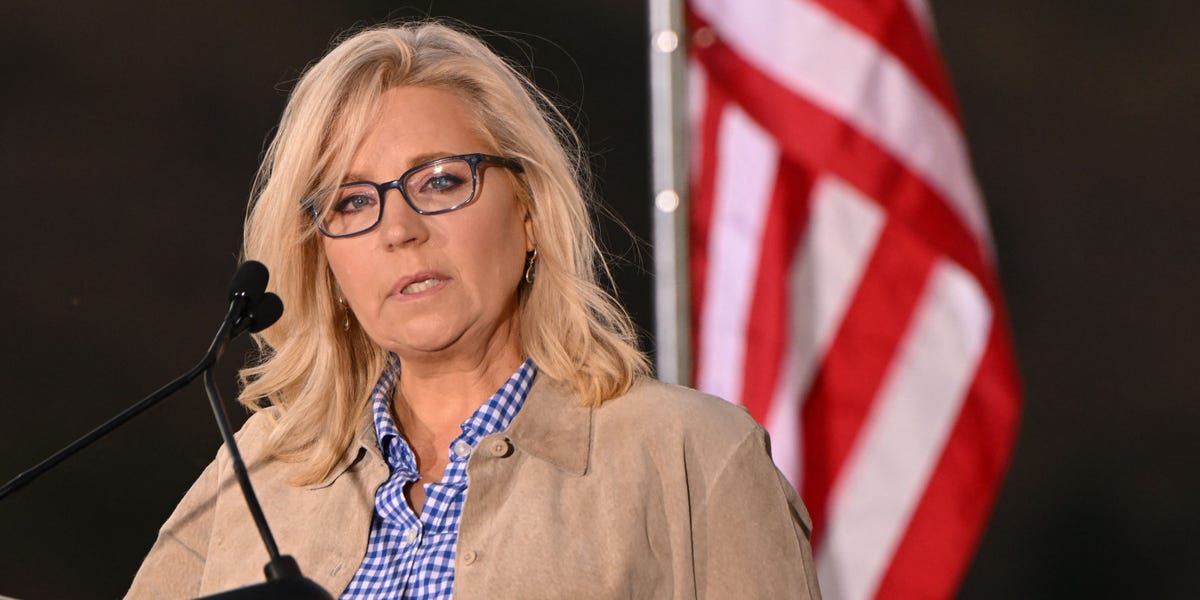 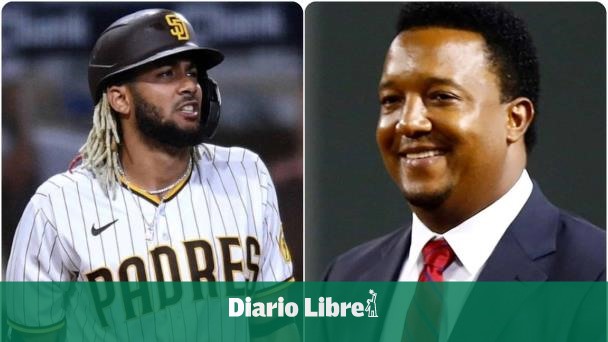