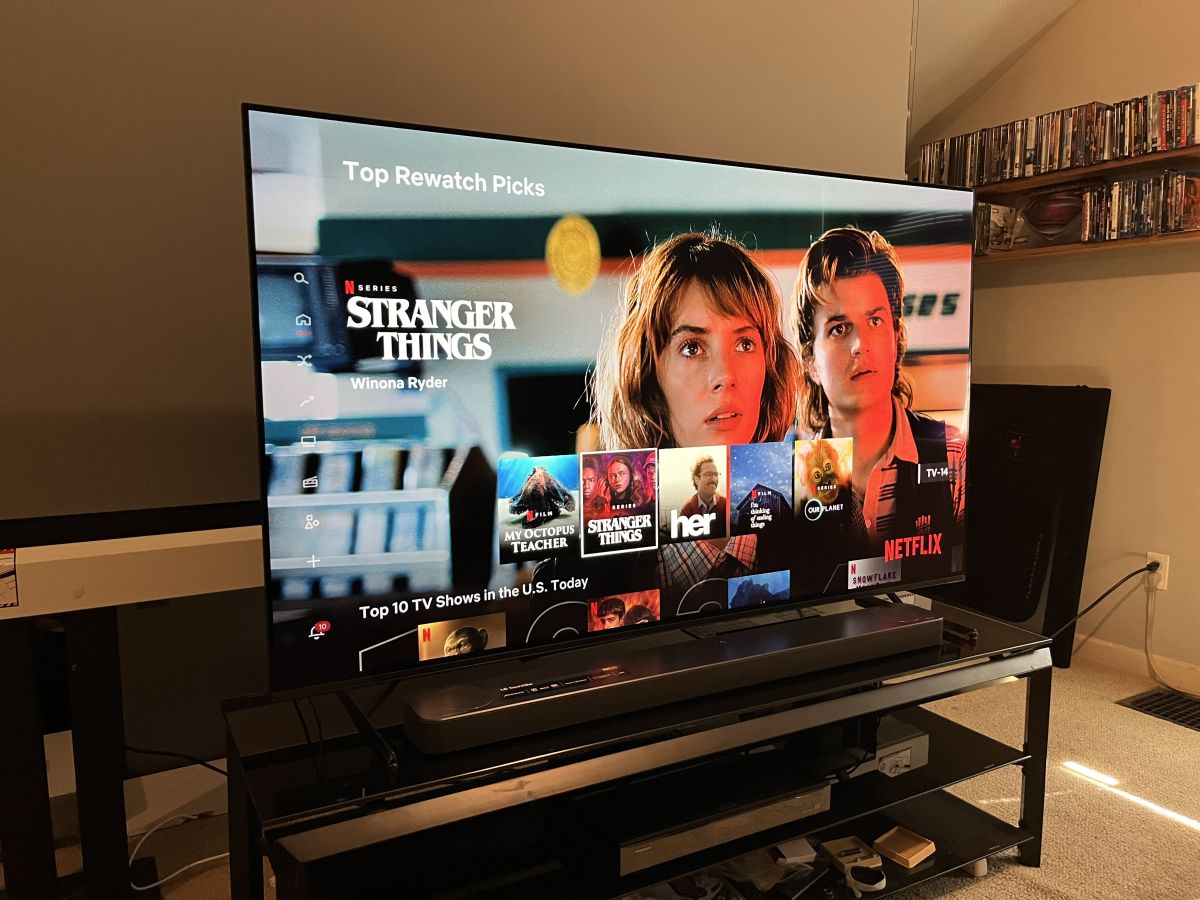 Sony’s A80K lies in the middle of the company’s OLED TV line for 2022, and is priced notably lower than the A95K QD-OLED models perched at the top. Even so, the performance delivered by the 65-inch A80K set we tested proved it to be a great all-around offering for the price, and one that provides some competition to LG’s similarly priced C2 OLED TVs.

While the LG C2 models rely on that company’s webOS platform for streaming and other smart TV tasks, Sony’s A80K features the tried-and-true Google TV platform with a useful Google Assistant feature that lets you speak commands directly into the remote control’s hidden mic. Google TV’s app selection hits all the high points (Netflix, Disney+, Amazon Prime Video, etc.), and the screen layout can be customized to highlight your regularly visited destinations.

A new wide color gamut panel for the A80K combines with Sony’s XR OLED Contrast Pro, XR Triluminos Pro, and Cognitive Processor XR features to deliver deep blacks and detailed shadows in images, along with rich, fully saturated colors. Overall picture brightness is satisfactory, if a bit below what you’ll get from the very best OLED TVs, such as the LG G2 and also the LG C2 series. Still, Sony’s mid-tier OLED manages to look great even in well-lit rooms, and it stuns in ones that are dimmed for best-quality movie viewing.

Speaking of the A80K looking great, its One Slate design gives it a sleek, attractive all-glass facade, while a three-way multi-position stand that can be set at various heights lets you easily stash a soundbar beneath the screen. For a set this slim, audio performance is impressive thanks to Sony’s Acoustic Surface Audio+, a feature that vibrates the screen itself to make sound, helped by two bottom-mounted subwoofers. Also included is Dolby Atmos decoding with 3D surround upscaling, a feature that creates a believable Atmos experience without having to use a separate soundbar.

Gamers will find much to like about the A80K, which provides two HDMI 2.1 inputs that support 4K 120Hz video, variable refresh rate (VRR), and auto low latency mode (ALLM). And there’s also an Auto HDR Tone Mapping feature that kicks in specifically when playing games with a PlayStation 5 console. Rounding out the Sony’s excellent feature package is a built-in ATSC 3.0 tuner, making the A80K primed to receive next-gen digital TV broadcasts in the US.

The Sony A80K was released in late spring 2022, and as Sony’s mid-range OLED offering, A80K models are nearly half that of the company’s new flagship A95K QD-OLED TVs.

The main competitor here will be the LG C2, and the result of the price comparison here depends on which region you’re in. The 65- and 77-inch A80K sets cost slightly less than LG’s mid-range C2 OLEDs at the same sizes in the US, while the 55-inch version is priced slightly higher than LG’s same-size C2. In the UK, the Sony is higher-priced at all sizes.

The A80K also features a built-in ATSC 3.0 tuner in the US. This lets viewers watch free over-the-air digital TV from stations broadcasting in the latest format, which is capable of delivering 4K resolution video with Dolby Atmos audio. After a slow start, ATSC 3.0 is starting to gain traction in the US, with coverage expected to hit 75% of markets by late 2022.

Along with its full coverage (we measured it at 99.5%) of DCI-P3 color space when displaying 4K HDR, the A80K is capable of good brightness for an OLED TV. We measured 785 nits (on a 10% window pattern) in Vivid picture mode, and a still-impressive 616 nits in Cinema mode.

While that falls far short of the same-size mini-LED QLED models like the Samsung QN95B (which can reach over 2,500 nits of peak brightness) – and also LG’s 2022 flagship G2 OLED, a model that can hit 1,000 nits in Vivid mode – it should be plenty bright for all but the most well-lit rooms.

How bright is the A80K for real-world viewing? When streaming the Netflix doc My Octopus Teacher (a 2021 Oscar winner for best documentary) with my room’s overhead lights on, the Sony’s picture still looked plenty bright and punchy, and there was no apparent reduction of color saturation. And while the A80K lacks the anti-glare screen coating found on specialty TVs like Samsung’s The Frame, onscreen glare was minimal and generally not a problem. As expected from an OLED TV, picture uniformity was excellent even at well off-center viewing positions.

While many higher-end TVs provide a Filmmaker picture mode intended to give you movie-friendly picture settings that you don’t have to fuss with, the A80K lacks that amenity. (There is a Netflix Adaptive Calibrated Mode that automatically adjusts picture brightness based on ambient room lighting, but it only applies to programs streamed from that service.)

The good news here is that the set’s Cinema picture mode was accurate straight out of the box (as confirmed by our measurements). The bad news is that the set’s Motionflow processing is turned on by default in Cinema mode, so movie purists will need to visit the picture settings menu to modify it.

While motion handling with the A80K, which has a 120Hz refresh rate, is very good overall, there were instances where I encountered motion-related artifacts. When watching a clip early on in the James Bond re-boot No Time to Die where Bond walks across a hill outside of an Italian village to visit a grave site, for example, I noted fluttering effects in the landscape as the camera panned over it. Watching with Motionflow in its default Auto setting eliminated this, but also added a video-like “soap opera” effect. Setting Motionflow to its lowest level corrected for that, however, and also reduced the artifacts I was seeing in No Time to Die.

Same as with other Sony TVs (and projectors) I’ve reviewed in the past, the A80K did an excellent job upconverting standard-definition HD programs to 4K. This was confirmed when I watched a regular Blu-ray version of No Time to Die, which looked 4K/HDR-like in terms of detail, color, and contrast. This could very well be due to Sony’s Cognitive Processor XR feature, which received tweaks for 2022 specifically aimed at enhancing color vibrancy and image depth.

Settling in for dark room viewing, I cued up two 4K Blu-ray titles that I knew would provide the Sony TV with an HDR challenge: Dune and The Batman. Both looked great on the A80K, with deep shadows coming across as a true black, and dark scenes revealing plenty of detail. Against this solid foundation, bright HDR highlights like the floating, glowing orbs in Dune, or sun coming through the windows of Bruce Wayne’s manor in The Batman, had a powerful effect and contributed to an overall 3D-like quality in some scenes.

One related measurement note: Sony’s OLED measured 0 nits on a full-black window pattern, meaning that it’s capable of ‘infinite’ contrast. This accounts for the set’s exceptionally deep rendition of blacks, along with its powerful picture contrast, especially when viewing in dim lighting conditions.

A80K series OLED TVs feature Sony’s Acoustic Surface Audio+. This positions five actuators – three directly behind the screen, and two at the sides – that vibrate it to create full-range sound, and they are accompanied by two subwoofers for enhanced bass. Other audio features include Acoustic Audio Calibration to tune the set’s sound output to your viewing environment, Voice Zoom for dialogue enhancement, and 3D surround upscaling.

Having rarely relied on a TV’s built-in audio system when watching movies these days, I was surprised at how clear dialogue was and how loud the speakers could get without sounding strained. Switching to the Dolby Atmos sound mode, I also noted distinct vertical and overhead effects coming from the TV.

Would a separate Dolby Atmos soundbar have improved audio performance? Probably. But I think someone who isn’t a regular viewer of action movies and doesn’t want to spring for a soundbar would be quite satisfied with the X80K’s built-in audio.

The A80K has a very slim profile (the panel itself is around 0.5 inches deep) and features Sony’s One Slate design that uses a single pane of glass to cover the set’s full front. I found its effect to be visually striking. An inset panel allows for easy connections, and there’s a snap-on cover that can be used to manage cables and conceal the rear-panel ports.

A three-way multi-position stand is included that can be set at different heights for a flush-to-stand installation or one that clears plenty of space for a soundbar. I used the latter and appreciated the three inches of elevation it permitted. Not all soundbars are that chonky, but if yours is among them, Sony’s multi-position stand has you covered. An optional wall-mounting bracket is also available.

Sony’s remote control is a compact and fairly basic one that’s a far cry from the big, fully backlit handsets the company used to provide with its TVs. It was easy enough to familiarize myself with the limited button layout, though I missed having a backlit keypad when watching in the dark or even in dim lighting conditions. Bonus points to Sony for the remote’s textured casing, which should go a long way to preventing it from slipping from your hand and in-between the sofa cushions.

The Sony’s Google TV interface is fairly busy, though it’s less annoying than the interface you’ll find on some other smart TVs. Signing in with your Google account gives you a greater level of personalization, and if you’re already a Google/Gmail user, makes complete sense.

I was fully satisfied with the selection of streaming apps, and also appreciated the Google Assistant voice control feature, which is switched to off by default when you first set the TV up. Google TV can also be configured to display a rotating selection of pictures from your linked Google Photos account, which gives you a nice screensaver when the set isn’t displaying video.

Hitting the Input button on the remote control calls up a menu panel at the screen’s bottom that lists not just physical inputs (HDMI 1, etc.) but streaming apps and digital TV broadcast stations. The list of options in this menu can also be edited so you only see your regularly used options, including AirPlay wireless streaming.

Otherwise, the Sony’s menus are straightforward and let you easily access picture modes and settings, though it would be nice to have some of those basics directly accessible from a remote control button.

Outside of a game mode, there are no gaming-specific menu options outside of Auto HDR Tone Mapping for PlayStation 5.

The Sony A80K series sits in the company’s 2022 OLED lineup between the flagship A95K QD-OLED and A90K models, and the entry-level A75K models, which are available in Europe but not the US. As such, it is designed as an option for those seeking both high performance and high value.

Given that for US buyers, the 65-inch A80K costs less than LG’s mid-range C2 series OLED models while delivering mostly equivalent video performance, it ranks as a very good buy. For UK buyers, it costs a little more, though you do get better audio than the LG C2.

The only potential better value would be to opt for a TV that uses QLED tech, although those models often come with performance tradeoffs when you get into the budget range. Overall, I’d judge Sony’s 65-inch A80K as a perfect option for those intent on buying an OLED 4K TV, though those wanting to get the biggest screen for their money, but also demanding better-than-acceptable picture quality, would be better served by QLED.

Should I buy the Sony A80K?

If our Sony A80K OLED review has you considering other options, here are three more TVs to ponder. 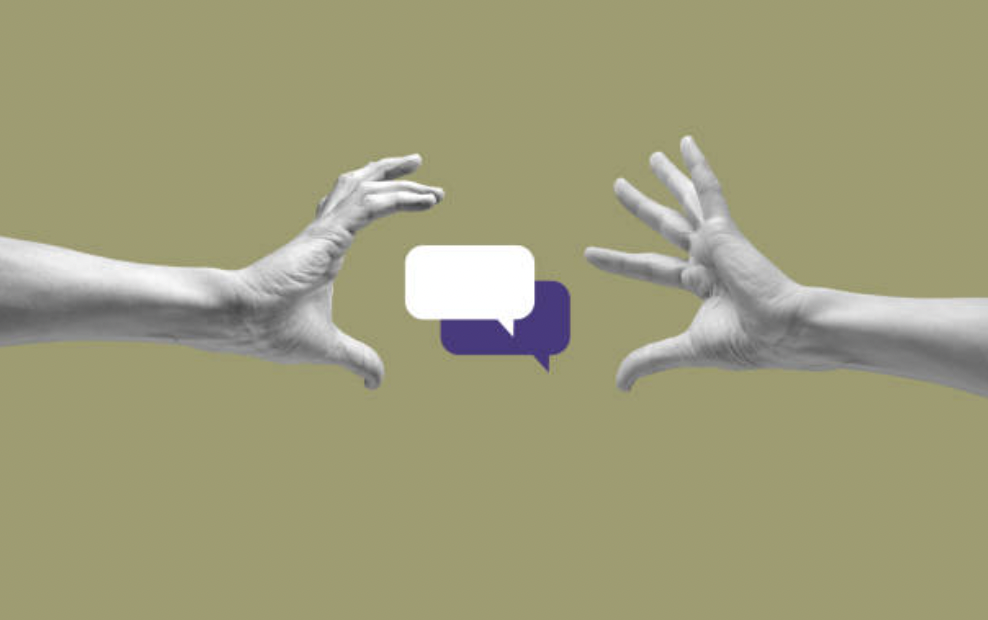